Milan, the Italian city where Ernest Hemingway felt in love 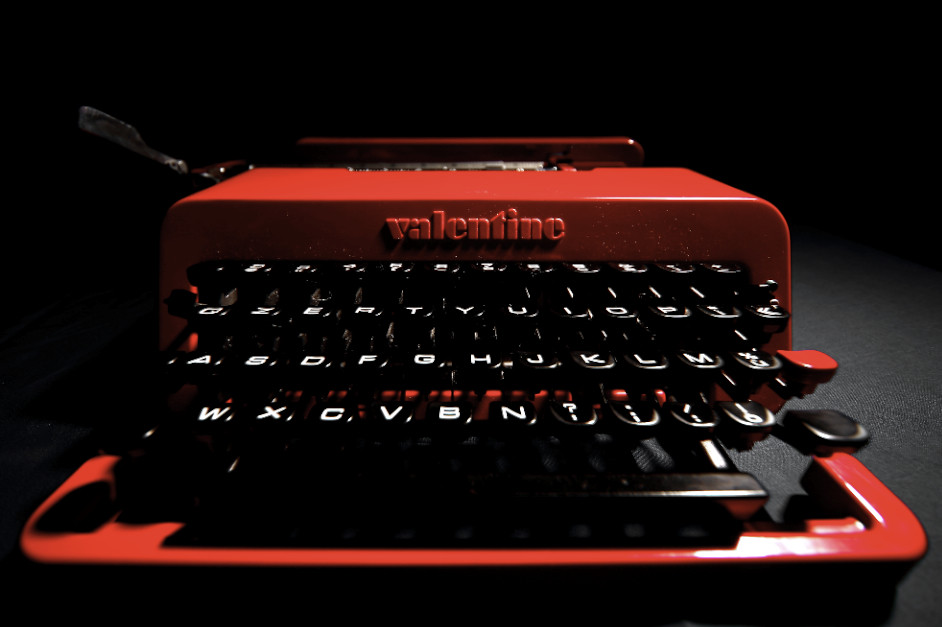 Here we are with the second appointment dedicated to the illustrious foreign poets and writers who visited Milan. All of them left us a testimony of their journey and we will here discover the romantic side of my city.

Many tourists among those led by me among the Milanese buildings and museums have chosen to visit Italy because they felt that It is a very romantic country (and it is true). Many of them even decided to celebrate their weddings in fairytale places such as Venice, Rome, Florence, and Capri. On the other hand, very few tourists consider Milan to be a romantic city. For the great American writer Ernest Hemingway, on the contrary, Milan has been the most romantic Italian city of all, the same where he was “hurt” by a Cupid love dart.

Hemingway was born in 1899 to a wealthy family in Illinois in Oak Park, a suburb of Chicago. I read of him that when he was a child, he loved to tell stories. His fate was already traced and he became an admired writer. His books are still among the most read in the world and his talent as a writer and journalist was awarded a Pulitzer and a Nobel Prize for literature. 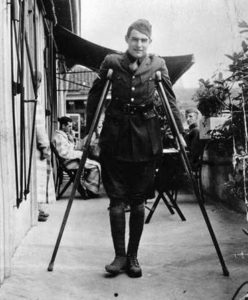 Hemingway Hemingway at the american hospital in Milan in 1918

At the age of 19, when he was still an unknown writer and journalist, Hemingway decided to enlist and become a soldier. It happened 1918 and the First World War was being fought along the northeastern Italian borders, where the Piave River flows. He was discarded by the American army because of a visual defect and thus became a volunteer of the red cross. He was sent to the front as an ambulance driver near the Italian town of Schio where on 8th July 1918 was injured. He spent then some months in Milan as a convalescent, to the American hospital housed in an ancient building located next to the Duomo where Hemingway fell in love. As much as we know, she was a nurse older than him, her name was Agnes and was courted by soldiers because she was beautiful.

Ernie (Hemingway) wrote many letters to his family describing the city of Milan. His favorite places were all the central ones; the Duomo, the Vittorio Emanuele II gallery, the Scala Theater where he saw some lyrical operas. Of his love for Agnes, that remained perhaps purely platonic, he wrote in one of his most successful books entitled ” Farewell to Arms “. In the book, the names of the characters are invented and he doesn’t talk about his youthful love only, but about Milan too. Reading the book, it is clear that he liked my city, as a Milanese I find it moving and it makes me feel proud.

Milan with deep estimation remembers the great “Ernie” with a plaque. A few days ago, I went to look for it, I found it and took a photo. It is located right on the building that in 1918 housed the American hospital in Milan. 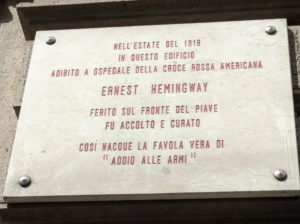 Plaque that recalls Hemingway in Milan

It states: “in the summer of 1918 in this building used as a hospital by the American Red Cross, Ernest Hemingway wounded on the Piave front, was treated. This is the place where the true tale of Farewell to Arms was born”.

Did I manage to make you see the romantic side of my city? I hope so, now you just have to visit Milan.

This website uses cookies to improve your experience while you navigate through the website. Out of these, the cookies that are categorized as necessary are stored on your browser as they are essential for the working of basic functionalities of the website. We also use third-party cookies that help us analyze and understand how you use this website. These cookies will be stored in your browser only with your consent. You also have the option to opt-out of these cookies. But opting out of some of these cookies may affect your browsing experience.
Necessary Always Enabled

Any cookies that may not be particularly necessary for the website to function and is used specifically to collect user personal data via analytics, ads, other embedded contents are termed as non-necessary cookies. It is mandatory to procure user consent prior to running these cookies on your website.