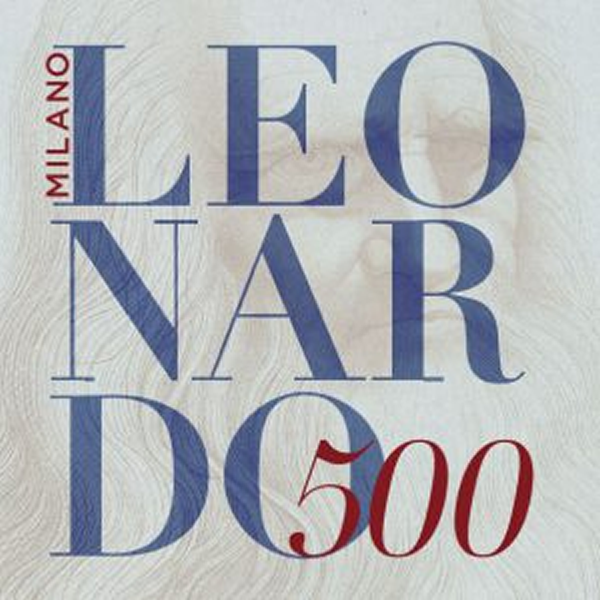 In 2019 will be the 500 anniversary of Leonardo da Vinci’s death and Milan, the city in which he lived the longest time of his life (22 years), dedicates him the program “Milan and Leonardo”, full of exhibitions and cultural events.

One of the events will be the reopening, on May 2, of the “Sala delle Asse” (or wooden room) at the Castello Sforzesco, in which the great Tuscan master made the decoration of the ceiling in which 16 mulberry trees are represented. The decoration was never finished and the room is still undergoing restoration. The wooden room will be reopened partially to admire the work of art.

There will also be two more exhibitions at the Castle: in the Ducal Chapel, “Leonardo and the Sala delle Asse between Nature, Art and Science” (May-August), with drawings by Leonardo da Vinci, by the Leonardo’s disciples and by some contemporary artists, (May 2019-January 2020). Moreover, in the Armory there will be a multimedia exhibition illustrating the late fifteenth-century Milan.

There will also be two exhibitions at Palazzo Reale: from March to June «The wonderful world of nature before and after Leonardo», with loans also from the Natural History Museum of Milan. From October to the following January: “The Last Supper by Leonardo for Francis I“. The exhibition will show a piece of tapestry made of silk and silver owned the Vatican Museums, which is one of the oldest copies of the “Last supper” by Leonardo Da Vinci.

At the Last Supper Museum, in front of Leonardo’s masterpiece, from October 2018 to January 2019, there will be an exhibition devoted to some drawings, documents of the long creative process followed by Leonardo to make the last supper.
In the Ambrosiana Museum, from December 2018 there will be four exhibitions mainly devoted to the sheets of the «Codex Atlanticus» (one of the manuscripts of Leonardo Da Vinci).

From autumn 2019, at Palazzo Litta it will be the turn of «the court of the great master Leonardo da Vinci, Charles d’Amboise and the district of Porta Vercellina », tribute to the figure of the governor of Milan, at the time of the French domination.

At the Stelline Foundation, from April to June, there will be the exhibition “The Last Supper after Leonardo” that will show the influence of Leonardo Da Vinci on today’s international artists (such as Anish Kapoor, Nicola Samorì, Wang Guangyi, Yue Minjun, Zhang Huan).

The National Museum of Science and Technology, named after Leonardo da Vinci, already inaugurated, in collaboration with the painting gallery of Brera, the exhibition «Leonardo da Vinci Parade», an unprecedented dialogue between the models of machines by Leonardo Da Vinci and the frescoes of 16th century Lombard painters.

An international conference and theatrical performances will complete this splendid program strongly desired by the Municipality of Milan and the Lombardy region.

This website uses cookies to improve your experience while you navigate through the website. Out of these, the cookies that are categorized as necessary are stored on your browser as they are essential for the working of basic functionalities of the website. We also use third-party cookies that help us analyze and understand how you use this website. These cookies will be stored in your browser only with your consent. You also have the option to opt-out of these cookies. But opting out of some of these cookies may affect your browsing experience.
Necessary Always Enabled

Any cookies that may not be particularly necessary for the website to function and is used specifically to collect user personal data via analytics, ads, other embedded contents are termed as non-necessary cookies. It is mandatory to procure user consent prior to running these cookies on your website.